Chapter 3 / 11
1. Funding options to raise capital for Businesses and Startups. 2. What is an IPO?

How do companies raise money? 3. What is IPO market - Introduction, Meaning & Process 4. IPOs and the investor

IPOs 101 5. Different Types of Shares and why Retail Investors should care? 6. Guide to investing in IPOs

Things to keep in mind when investing in IPOs 7. Beyond IPOs: Other mechanisms to raise money from stock market and how can investors take part 8. The concept of going concern and the 'life' of a company 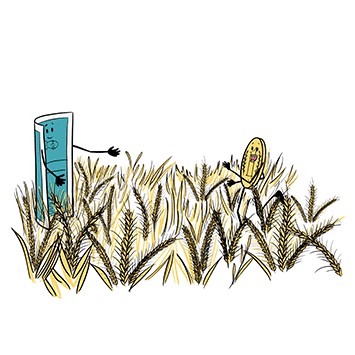 Now that you’re clear about what an Initial Public Offering is and why companies choose to opt for this funding method, it is time to get into the details of an IPO market. More specifically, the process of an IPO in the share market, and the parties involved in it.

To make it easier for you to understand and appreciate the IPO process, we’ll first take a look at the various entities that typically play key roles in an IPO. Once that’s done, we’ll then move onto the process itself, deconstruct it, and try to understand what actually goes on behind the scenes.

Parties involved in the IPO process

Completing an Initial Public Offering is a feat in itself. It is impossible for a company to do it all on its own. Therefore, an entity that wishes to issue its shares to the public generally recruits multiple service providers to assist it in making the IPO process a successful one. Here’s a quick look at some of the most important parties that are involved in an IPO in the share market.

Also known as book running lead managers, they are essentially financial institutions who help a company with the entire IPO process. Depending on the size of the IPO, companies sometimes appoint more than one lead manager to the issue.

The book running lead managers are responsible for charting the framework of the IPO process, assessing the company’s fund requirements, suggesting the quantum of the issue, drafting the regulatory paperwork, getting them approved from SEBI and stock exchanges, and coordinating the various other parties.

Also, most lead managers of an IPO issue also provide underwriting services. Underwriting is a process by which an underwriter, the lead manager in this case, essentially guarantees to buy all the unsold shares of the company, if any, after the IPO.

Legal counsels are essentially firms that provide the issuing company with advice relating to legal matters involving the IPO. They are responsible for making sure the company is compliant and up-to-date with all the regulatory and corporate governance procedures.

Legal counsels also assist with the due-diligence process of the IPO and are tasked with preparing the company for all the stringent post-listing governance requirements. Usually, the legal counsels for an IPO are appointed by the lead managers themselves.

The auditors are chartered accountants employed by the company to inspect, review, and audit its financial statements. They are responsible for ensuring the preparation of the financial statements of the issuing company in the prescribed format for IPO.

Additionally, they also assist in preparing a valuation report of the shares of the company, which is then used for setting the price band of the IPO. The auditors are also responsible for verification of the financial and other important data appearing in the IPO documentation and for ensuring that the data represent a true and fair view of the state of affairs of the company.

Registrars are entities that are responsible for processing the IPO applications received from the public. Since these entities are registered with the SEBI and the stock exchanges, they are authorised to allocate the shares to the respective applicants based on the set guidelines issued by SEBI.

In addition to transferring the allocated shares to the demat accounts of successful applicants, they are also responsible for processing and issuing refunds to unsuccessful IPO applicants.

An IPO grading agency is essentially a Credit Rating Agency (CRA) that’s registered with the SEBI. These agencies assess the Initial Public Offering of a company and assign a grade accordingly. The grades assigned by the agency are typically on a five-point scale. The higher the grade, the stronger the issuing company’s financial position and fundamentals are. That said, the grading of an IPO is not mandatory and is completely optional.

Depositories such as NSDL and CDSL play a huge role in the IPO process. They assist the issuing company with dematerialisation of its shares. In addition to that, they’re also responsible for the allotment and transfer of dematerialised shares from the company’s demat account to the demat accounts of the successful applicants.

Bankers to the issue

The bankers to the issue are basically regular banking entities that are responsible for the collection of the application and allotment money from the IPO applicants. They hold the funds received from these applicants in an escrow account till the time the shares are allotted. In the event of unsuccessful allotments, the bankers to the issue are responsible for refunding the collected amount back to the respective applicants.

The entire process leading up to the Initial Public Offering of a company is quite long-drawn. Even with the full cooperation and assistance of these above-mentioned parties, it can easily take a company months to issue an IPO. Intrigued? Let’s take a look at the IPO process step-by-step.

1. Appointment of a lead manager

When a company decides to issue its shares to the public, the first ever provider whose services it enlists is a lead manager. As you’ve already read in the previous segment, the company can choose to appoint more than one lead manager in the event of a large IPO. Some of the top lead managers in India include ICICI Securities, SBI Capital, and Karvy Investor Services.

2. Carrying out the due diligence

Once the lead manager is appointed, they, along with the legal counsel of their choice, then set out together to conduct a thorough due diligence exercise of the company. This due diligence exercise is essentially a sort of an examination of the financials, the policies, the regulatory compliances, the corporate governance framework, and other books of the company. This is done to ensure that there are no loopholes or lapses in the policies or the functioning of the company, which can otherwise lead to a rejection of the IPO.

3. Drafting of the red herring prospectus

The red herring prospectus is a kind of an information booklet that contains all the details of the proposed IPO. It is circulated to the public and it typically consists of the following information.

In addition to these details, a prospectus also consists of other important information such as:

Both the lead manager as well as the legal counsels help a company draft the red herring prospectus.

4. Filing the registration statement and the prospectus with the SEBI and the stock exchanges

Once the drafting of all the relevant documentation with respect to the IPO is done, the lead manager then approaches SEBI on behalf of the company to file a registration statement along with the prospectus, essentially seeking its permission to go ahead with the Initial Public Offering. Simultaneously, the lead manager also files these documents with the stock exchanges as well, seeking their approval and comments on the same.

5. Clearance from SEBI and filing of the prospectus with the Registrar of Companies (ROC)

Upon thorough examination of the information contained within these documents, both the SEBI and the stock exchanges either give clearance or return the documents back with comments for corrective action.

6. Marketing of the IPO

This is where things get exciting. The marketing phase is also known as the IPO roadshow. Here, the company markets its IPO by publishing TV, magazine, and newspaper advertisements. This comprehensive exercise is done to ensure that the public is well aware of the forthcoming IPO from the company. Some companies also affix notices of their IPO on the branches of their bankers to the issue to increase visibility.

7. Pricing of the issue

After the marketing exercise is complete, the company then sets a price band for its IPO. It takes into consideration the public’s expectations with regard to what the IPO’s pricing should be. The price band consists of an upper and a lower ceiling. Some companies tend to fix the price band during the drafting of the prospectus itself to eliminate any ambiguity.

The book building process is where the real action starts. After fixing the price band, the company then opens up a particular window of time to allow the public to apply for its shares. This window is generally open for only around 3 to 4 days. When applying for the shares of the company, the applicants are allowed to select any price within the specified price band, according to their choice. This method of price discovery is what is known as the book building process.

9. Determination of the final price and allocation of shares

10. Listing of the shares on the exchange

Upon allotment and the subsequent transfer of shares, they are then listed on the stock exchange for trade. The day on which the shares of the company are listed for the first time on the stock exchanges is what is commonly known as the listing day. Based on the forces of demand and supply, the price at which the shares are listed can either be equal, lower than, or even higher than the final price.

11. Transfer of funds to the issuing company

Once the shares are listed on the stock exchange, the company then receives the final ‘net proceeds’ generated from the issue of its shares to the public. Any and all expenses in connection with the issue, including the commissions of the lead manager are deducted from the ‘gross proceeds’ to arrive at the ‘net proceeds.’ This is then transferred to the company’s bank account.

With this, the entire process of an IPO formally ends. Also, we’ve come to the end of this chapter. It was a pretty exciting journey, wasn’t it? Wait till you see our next chapter. It deals with the aftermath of an IPO and goes into detail with respect to the various jargons that are used in an IPO.

How do companies raise money?

IPOs and the investor

Hey, I have discovered this amazing financial learning platform called Smart Money and am reading this chapter on What is IPO market - Introduction, Meaning & Process. You can explore too.