Is there any said patterns to Trade Stocks online? 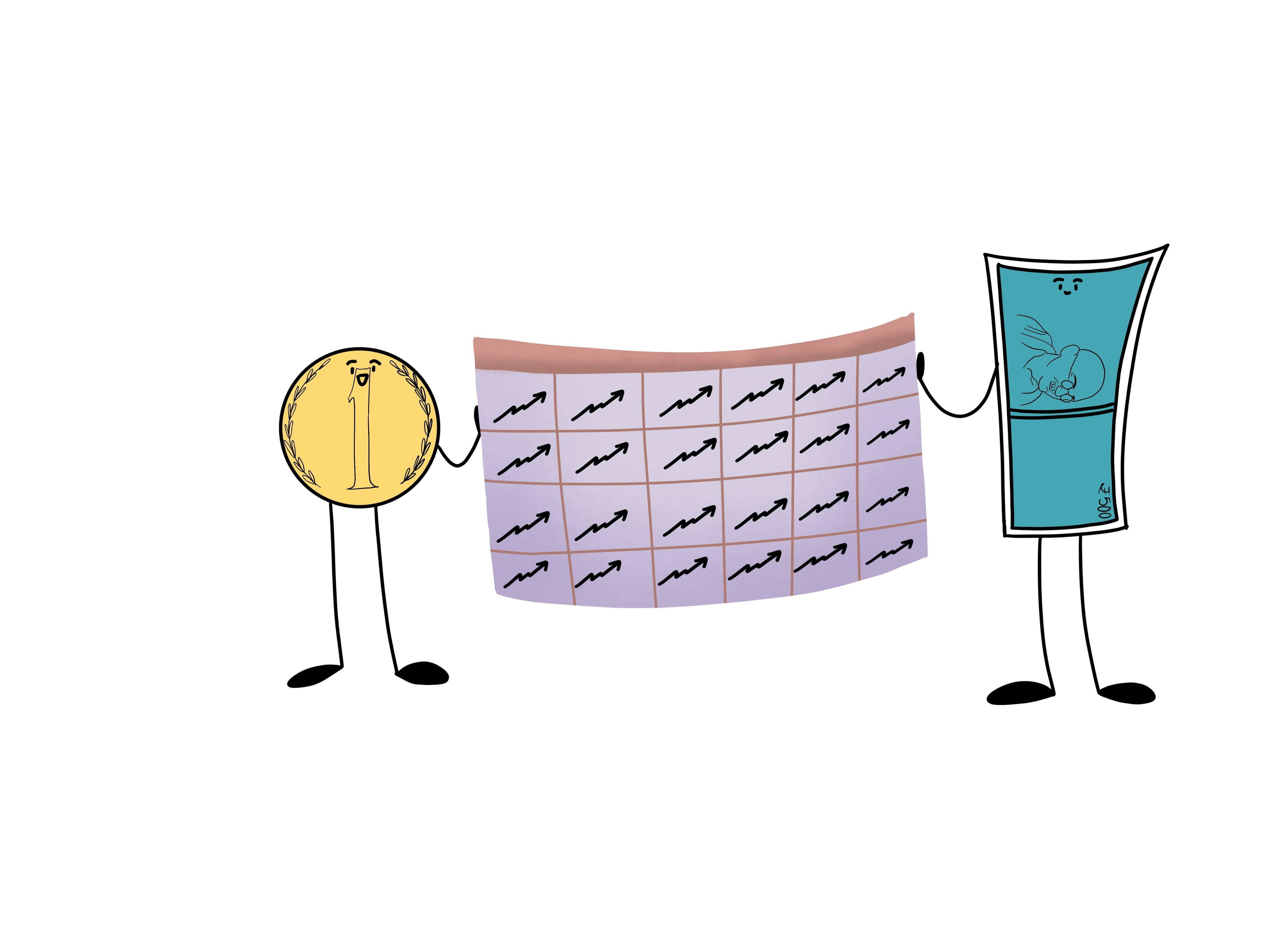 We always talk about how trading charts are crucial for decision making for traders and investors. Today several trading charts have emerged, each catering to multiple needs, which makes it difficult, especially for new investors, to understand which charts are better for them. To trade successfully, traders must build the skills to quickly identify the commonly formed and indicative chart patterns to take a position in the market.

In this chapter, we will discuss different chart patterns and how investors and traders can optimise their risk-reward situation following those on a monthly basis.

Chart patterns are a critical component of technical trading. They are multifunctional and useful to:

Price patterns can give crucial trading insights, but the key is to know how to read them and eliminate noise while forming a workable trading strategy. To help you navigate through the maze of trading chart patterns, we have compiled a list of commonly emerged patterns that you must take note of.

Like patterns, there are different types of chart types too recognised by technical analysts. The three most widely used chart types are,

Line charts: These are simple financial charts that are drawn between closing prices to show general price movement. However, these charts don’t give granular information like bar or candlestick chart patterns. Hence, they must be tallied with more revealing charts for confirmation.

It is a typical formation that combines one large peak in the middle and two smaller peaks on either side of it. Traders look at the pattern to guess bullish-to-bearish trend reversal.

Double top and bottom shapes appear before a trend reversal. During these phases, asset price rises or falls twice before crossing over to the other side of the trend line. In double top price rise and then fall back to the support line, then rise again before bearish downtrend takes over.

Rounding bottom is one of the many stock chart patterns that denote continuation or a reversal. The most common rounding bottom pattern is a bullish reversal. It looks like a ‘U’ and forms at the end of an extended downtrend.

It is a long-term price movement that forms over several weeks or several months. The initial downward slope is indicative of excess supply or selling, which eventually converts into an uptrend when buyers enter the market at a low price. Once the formation of the rounded bottom is complete, prices breakout and continue on the uptrend.

The cup and the handle is a bullish reversal pattern, barring the short bearish phase, after which the market continues to rise.

Wedges are a chart pattern where two sloping trend lines converge at the end. It can be either rising or falling. In a rising wedge, the price line gets caught between support and resistance lines, both slanting upward. In this case, the support line has a steeper rise than the resistance line. When the rising wedge pattern appears, investors expect the asset price to fall and eventually break out below the support line.

Conversely, for a downward wedge, the price line lies between two downward sloping trendlines. The resistance is steeper than the support, indicating that the price of an asset is rising and will probably break through the resistance level.

The rising wedge belongs to the bearish market, and a falling wedge is typical of a bullish market.

Pennants or flags are compact triangular patterns where two lines converge at a set point. It can form after a strong uptrend or downtrend movement, indicating that traders might have paused to consolidate before the trend continues. Wedges and pennants may look similar, but they are not the same. Wedges are narrower than pennants and are trend reversal signals. Wedges are usually upward or downward patterns, while pennants are always horizontal.

Some traders recognise flag patterns separately from pennants. In a flag pattern, both the support and resistance lines run parallelly before the breakout, often in the opposite direction of the existing trendline. Unlike a pennant, flag shape indicates a trend reversal.

An ascending triangle denotes the continuation of a bullish trend. It can be drawn by placing a horizontal swing line across the resistance level and then placing an upward-moving swing line or support line at the bottom.

Conversely, a downward triangle forms when the resistance line slopes downwards towards the horizontal support line. Eventually, a descending triangle breaks through the support line, and traders might enter a short position.

It best describes market volatility, where there is opposite price movement during an ongoing trend without clarity over trend reversal. The market can break into either direction after the symmetrical triangle pattern is formed.

There are different schools of analysts and traders who will read different patterns differently. But trendlines are useful for studying price movement in the market. An upwardly inclined trendline indicates that there are more significant price fluctuations between highs and lows. Similarly, a downward sloping trendline appears when the price is moving between lower highs and lows.

There are also arguments pertaining to which data points to use in drawing the pattern. Pattern and position for the formation are also suggestive of market sentiment. A section of analysts suggests that the body of the candle bar, not the shadows, should be used for drawing the price line. Some charters also prefer to use only the closing price for drawing patterns since it is preferably the position investors want to maintain at the end of the trading day.

So, Is there a monthly pattern to trading? The ideal answer is there is none. Investors align their trading strategies along with the ongoing market trend to optimise profitability under a particular situation.

Chart patterns are useful technical tools to understand why an asset price has behaved in a certain way. These are indicative of market support and resistance level, helping traders to open a long or short position.

Stock chart patterns are used to study market movement and manage risk-reward situations. Traders use charts to identify profitable entry into the market or plan an exit when there is a downtrend. Based on these, they set their stop-loss level.

Things to Know About D...

Hey, I have discovered this amazing financial learning platform called Smart Money and am reading this chapter on Is there any said patterns to Trade Stocks online?. You can explore too.